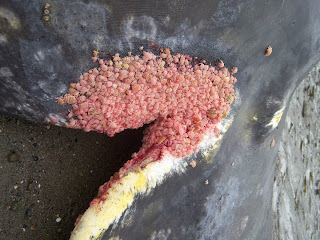 Lice cause itching and burning discomfort. They penetrate skin to get at someone’s blood, lice inject saliva that causes irritation and itching. The constant scratching can produce an infection, and the torment can be distracting enough to cause learning problems in school.

Pediculosis (head lice) can be a night and day torment with the itching and burning and discomfort which it causes. Itching and scratching definitely go with lice, but the pesky critters don’t make a credit check before attaching themselves to heads or bodies.

What are the First Symptoms of head lice?

The first sign of head lice usually is fierce itching, but some are more troubled by the itching than others. Infestation is often first signaled by intense itching of the scalp, frequently behind the ears and along the hairline on the back of the neck.

There may be red marks on the skin as a result of irritation from the saliva of the louse. On infection, small freckles appear. The freckles will move and itching will intensify to scratching, redness, irritation and inflammation. Scratching may lead to secondary infection, resulting in pus-filled areas.

Lice also produce feces that looks like black dust. So, another primary sign of lice is a little bit of dark, dust-like stuff on children’s scalp, pillow or shirt collars.While feeding, the lice will defecate, leaving a dark red mess nearby. Victims usually develop an allergic reaction to the bites.

Head lice can cause several health problems, even though lice do not carry serious, spreadable diseases. Symptoms of head lice include persistent itching, a rash on the scalp, and, in some cases, swollen lymph glands under the arms.

Other signs of infestation include blue-black marks on the skin where the lice have been feeding and small black dots or bloodstains on die underwear. The dots are digested blood in the lice feces.

Where are Head Lice Found?

Head lice and their nits usually are found in the hair behind the ears and along the nape of the neck. The eggs may be seen in clusters along the hair. However, it’s possible that some other foreign substance such as globules of hair spray may be confused with nits. This has happened. Also, some investigators have observed that casts from hair follicles may be found on a hair and that these nodules, which will slip up and down on the hair shaft, are mistaken for nits.